The Wood and Kells Block 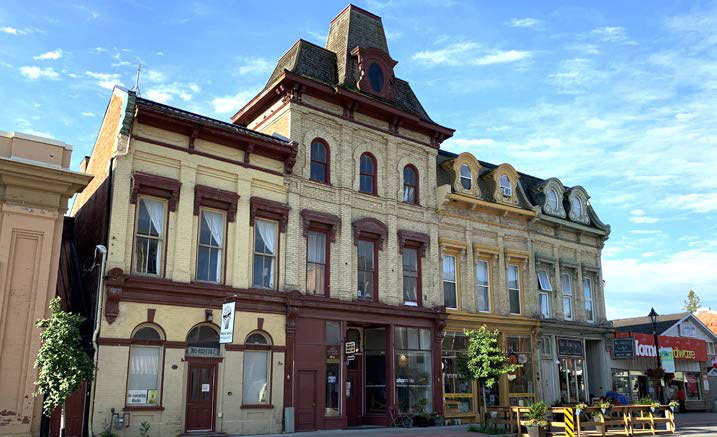 Constructed after “The Great Fire of 1875,” this magnificent set of
buildings was designed by Cornelius John Soule at the direction of
local bankers and merchants Archibald Wood and Thomas Kells.
The block originally extended west but two buildings were lost to
fire in 1960.
This is a fine example of Second Empire design with French
Classical influence. The commercial block features a projecting
parapet, decorative brackets and ornate brick designs under the
eaves. The mansard roof is continuous with oval decorated dormers;
heavy brackets are pronounced on either side of the windows.

Register for Event: The Wood and Kells Block

Your ticket for: The Wood and Kells Block

The Wood and Kells Block