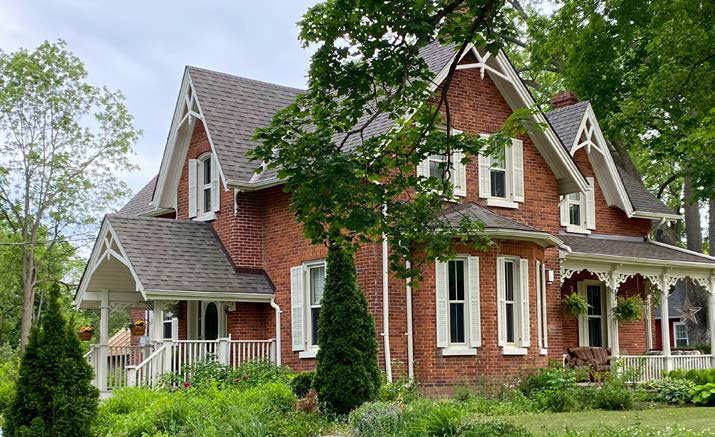 Carriage maker Alexander Ferguson, who built 8 Anne Street in
1861, bought the two lots that make up this property in 1866 and
1869, which suggests he was the original owner of this picturesque
vernacular home.
The symmetrical design in the Victorian Vernacular style is
combined with Gothic influences in the high-pitched front gable
and woodwork.
This was home to naturalists and bryologists Claire and Harry
Williams, who both taught in Millbrook. An internationally
recognized expert on mosses and liverworts, Harry was awarded an
honorary doctorate in 1980 from Trent University. A room at the Old
Millbrook School is named in his honour

Register for Event: The Williams House

Your ticket for: The Williams House