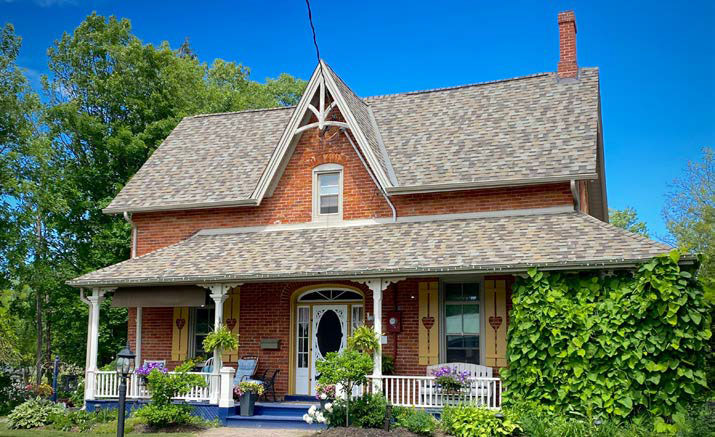 The William Sowden House was built in the 1880s in the style
of an Ontario vernacular farmhouse. The term vernacular is used
to describe architecture that is influenced, but not defined by a
particular style, and is built to suit local needs and conditions, with
local materials.
The front entrance features a Loyalist-Revival fan transom and
uncommon divided sidelights. Both the front and side gables show
unusual tracery designs.
The Sowden family, notably William Henry Sowden, also known
as “the Squire”, were land holders, who bought, sold, and issued
mortgages on land. Squire Sowden, who served as Millbrook’s
reeve 1881-82, was determined to centre Millbrook’s business
section around the railway station, on lands he owned. The station
was located where the Medical Centre is today. So it is that Main
Street was named and developed.

Your ticket for: The William Sowden House