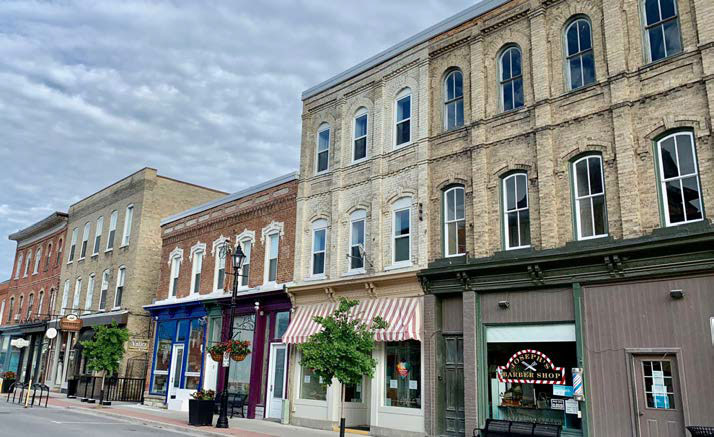 These commercial buildings date from after the 1875 fire and have
served as shops, offices and apartments. It was common to locate
offices on the second floor, above retail establishments.
In 1915, Dr. H.A. Turner opened a private hospital on the second floor
of 34 King Street East, over his office and drug store, with about
eight beds to serve medical, surgical and maternity patients. In its
20 years of operation, 350 babies were born there. It was in this
building that he also started up his telephone system.
The Italianate façade of 42 King Street East is significant in that it is
the only building in this block that has retained the original shape of
the second- and third-storey windows as designed in 1876. Compare
these windows with others on the block that have been squared off.

Register for Event: The Turner Block

Your ticket for: The Turner Block