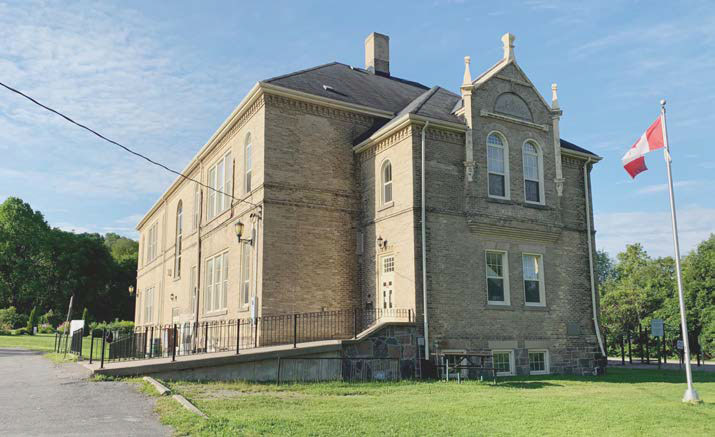 The first school building in Millbrook was built around 1830.
As the population expanded, several additional small schools
accommodated the growth. In 1887, the largest of these, a fourroom
school, was destroyed by fire. Clearly, a new and larger school
was needed.
The trustees of School Section No. 11 purchased this land from
Thomas Medd, and in 1889 this large brick schoolhouse was
erected. The school officially opened in 1890.
The original structure consisted of just the four classrooms on
the north side. To make room for “continuation classes,” so that
students who wished to graduate from high school didn’t have
to commute to Port Hope, a four-room addition was completed in
1923. In 1934, the Millbrook High School was classed as Grade A,
allowing students to finish their high school in Millbrook.
The addition was architecturally compatible with the original
structure with a central staircase integrating the north and south
sides. Entrances have been modified with time, but some of the
original pleasing details on the north and west faces are still
intact. Care was taken to preserve the window treatments during
renovations.

Your ticket for: The Old Millbrook School