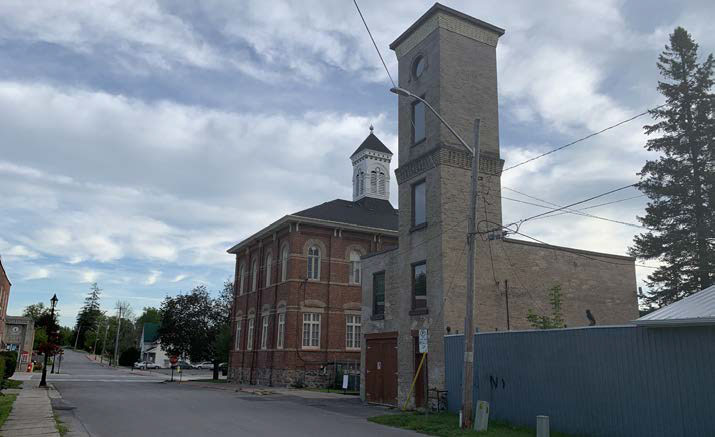 With its dramatic Tuscan tower, this elegant, understated buffcoloured
brick fire hall is a fine example of Italianate architecture,
popular during the last quarter of the 19th century. Built in 188, the
building was used continuously as a fire hall until 1968. The threestorey
tower allowed for the hoses to be suspended to dry.
The first piece of fire fighting equipment purchased by the village in
1880 was a six-man hand pumper. In 1884, a steam-driven pumper
drawn by a team of horses was bought second-hand from London,
Ontario and served the village for more than 40 years.
In 1993, the Firefighters Association established The Old Fire Hall
Museum here, which features some of the antique engines and
equipment.

Your ticket for: The Old Fire Hall