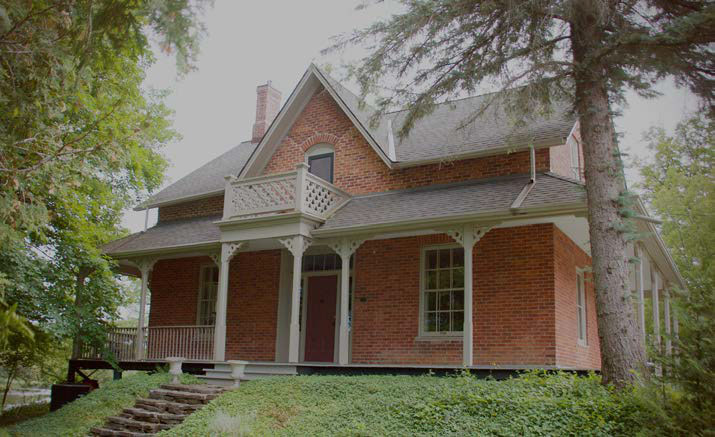 In 1857, Walker Needler bought the Deyell Mill site and surrounding
land, and constructed an impressive new mill. His eldest son George
managed the enterprise and had this red brick house built, circa
1864, overlooking the fine, new three-storey flour mill.
The style is Ontario vernacular, combining elements of Gothic
Revival, Georgian and Regency. Features of note include the peaked
gable over the front door (facing east); pointed lancet windows
in the back wing; symmetry of the bays and chimneys; and French
windows that lead out onto the large verandah. The south lawn
slopes down to the millpond.
Across the street, 8 Anne Street, built by carriage maker Alexander
Ferguson in 1861, is a fine example of a Second Empire home with
its characteristic mansard roof, tall rectangular windows and elegant
symmetry.

Register for Event: The Needler House

Your ticket for: The Needler House