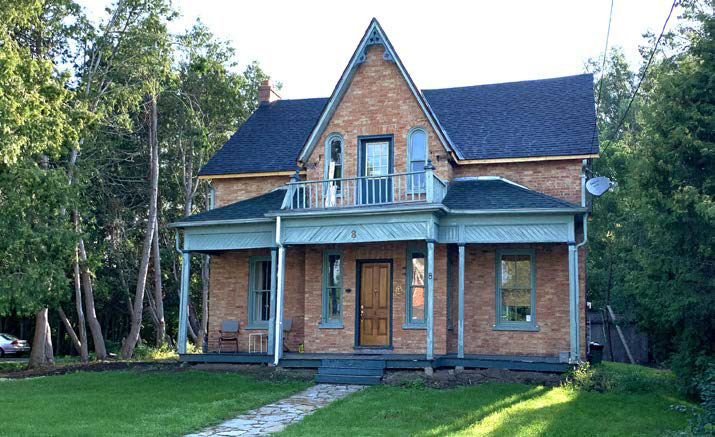 This double brick, one-and-three-quarter-storey house was built
in 1866 by John Ball, entrepreneur and skilled craftsman. This is a
fine example of Ontario Vernacular architecture. Note the Gothic
elements in the reverse cloverleaf pattern on the bargeboard that
trims the gables, and the narrow paired windows on either side
of the front door. The projecting frontispiece would have been an
“avant-garde” feature at the time the house was built.
Across the street are three houses developed on the former Stan
Olan Sawmill property. The two-storey house at 9 Bank Street South
was moved from Union Street to accommodate the expansion of
Foodland in 1994, and restored by Karl Klarer, who also built 7 Bank
Street South and the reproduction 1862 Ontario Cottage at 11 Bank
Street South completed in 2008.

Your ticket for: The John Ball House