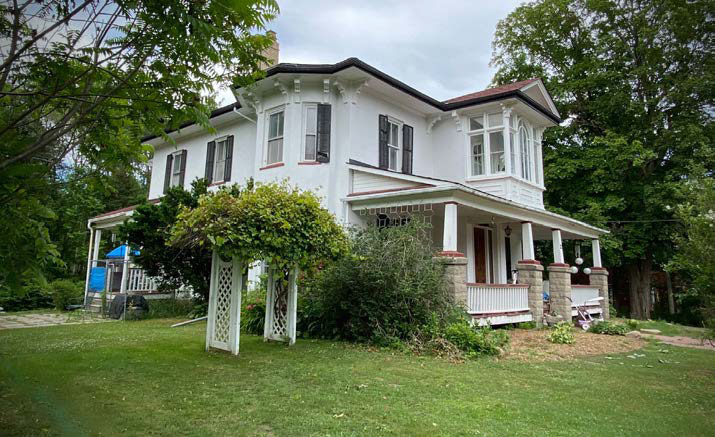 This impressive home was built in 1861 for prominent merchant
and banker Archibald Wood, who, in partnership with T.G. Kells,
owned the private banking firm that bore their names, as well
as a commercial enterprise in the downtown block, which they
commissioned after the downtown fire in 1876.
Wood and Kells invested heavily in the Millbrook Colonization
Syndicate which stimulated a major exodus of Millbrook’s
population to what would become Souris, Manitoba, in the early
1880s. In banking circles, the Wood name also lives on in the Wood
Gundy Brokerage firm.
This house was constructed of white brick, four layers thick, and
had a verandah around three sides. The brick was covered with
white stucco in 1954. The two red brick houses on either side of this
house were built for two of Mr. Wood’s daughters in 1864.

Your ticket for: The Archibald Wood House