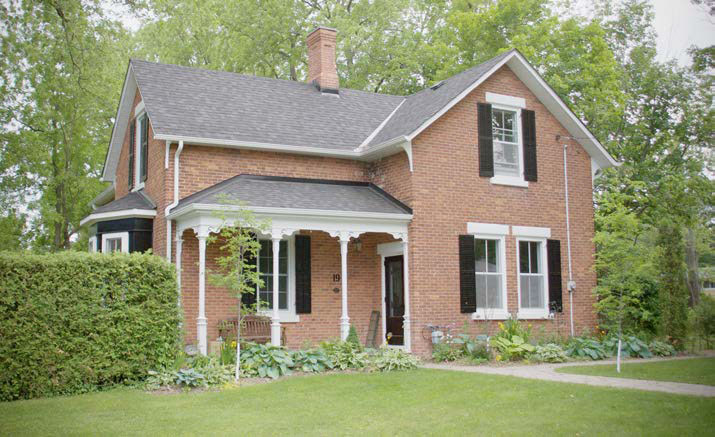 This fine example of 19th century vernacular architecture was built around 1870 on land that Alexander Ferguson bought in 1863.
Original owner Alexander Ferguson played an active role in the municipality, serving as reeve of Cavan 1878-79, reeve of Millbrook 1883-95, and warden of United Counties 1891.
21 Anne Street was built around the same time for Samuel Eakins, his wife Sara Richardson and their seven children. It remained in the family until 1953. Samuel farmed on Zion Line and was also a cattle merchant, buying breeding stock locally and from Scotland.
This house features decorative gables, large circular attic vents set into the brickwork, and lintels over the windows. The plan is a Gothic L, but the exterior presents a variety of stylistic features.

Your ticket for: The Alexander Ferguson House