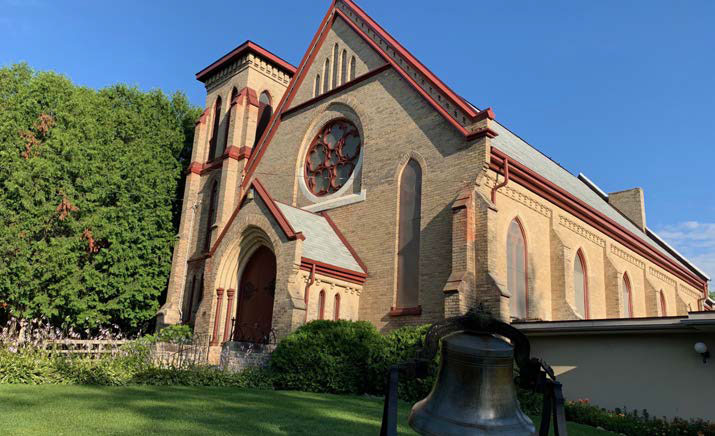 The first Presbyterian church to serve Millbrook was located to the
west of the Presbyterian cemetery (County Road 10 at Fallis Line);
the second was where the public school is now located. Both were
destroyed by fire. The site for a third church, at 28 King Street West,
was purchased in 1896 from Dr. Henry A. Turner by Miss Elizabeth
O’Brian and donated to the Church. The new church was built in an
astonishing four and a half months, opening in January, 1897.
In 1998, this church was purchased by the Roman Catholic Diocese
of Peterborough.
The first Anglican church was built in the village in 1858, at 16
Centre Street, but the congregation quickly outgrew it. A new St.
Thomas’ Church (pictured above) was constructed on the same site
in 1885. It was described as “a superb example of Ontario high
church Gothic revival architecture.” A fire in 1971 damaged the
belfry and part of the roof, causing the bell to come crashing down.
The adjoining church hall was built as a Sunday School in 1878.