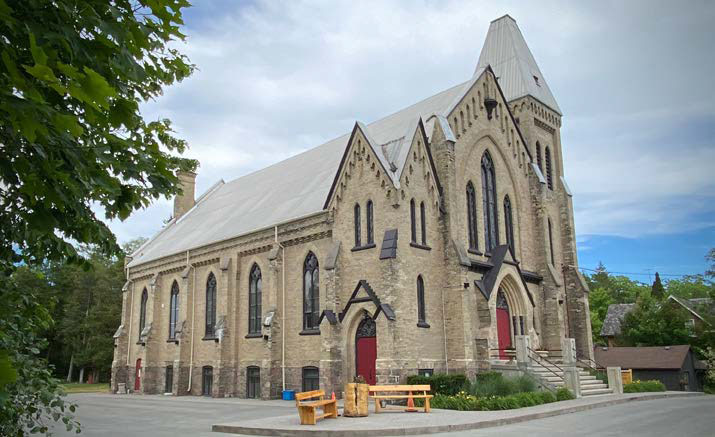 The cornerstone of this Gothic-style church, originally the Millbrook
Methodist Church, was laid in 1881. The church opened in 1882.
Built by the masons, carpenters and ironworkers of Millbrook, it
was heralded as the largest village church between Toronto and
Montreal, and was described as “one of the finest church buildings
east of Toronto”. It could accommodate 450 on the floor of the
auditorium and another 350 in the balconies that extended around
the auditorium, supported by cast-iron pillars.
In 1925, it became the Millbrook United Church when the union of
churches occurred, and in 1930, was renamed St. Andrew’s United
Church. The balconies were taken down, except at the south end,
in 1940. The original wooden steeple had to be removed due to rot,
and the ornamental spires and sweeping front steps have been lost.
The church served the local United Church congregation until 2004.