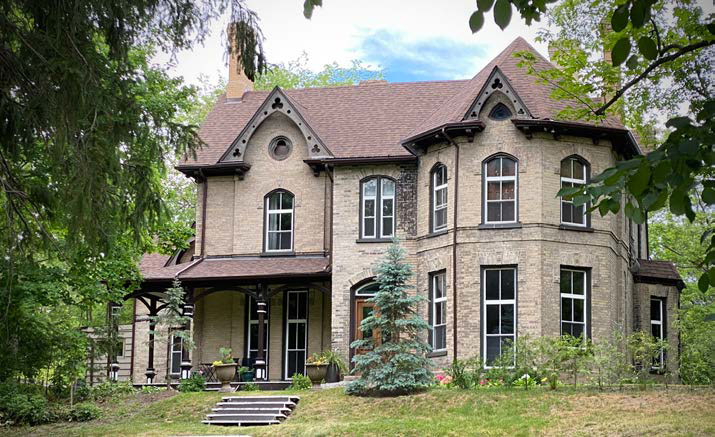 Described as “an exuberant example of Victorian Gothic,” this
impressive family home, originally called Glenhaven, was built in
1876 for merchant Thomas Baxter Collins and is said to be modeled
on an Irish castle. The brick came from the brickworks at 62 King
Street East. The plan of this two-and-a-half-storey house is irregular,
with both square-headed and segmented arched windows, trimmed
with heavy moldings. Fretted bargeboard decorates the gables, and
the brickwork is inset with a trefoil design.
While Thomas Baxter Collins is credited with hosting Canada’s first
prime minister here on several occasions, the second of the families
to own this property, Dean and Gwennyth Cutmore, welcomed
Canadian novelist and journalist Robertson Davies here often in the
1950s and 1960s.

Your ticket for: Fairweather