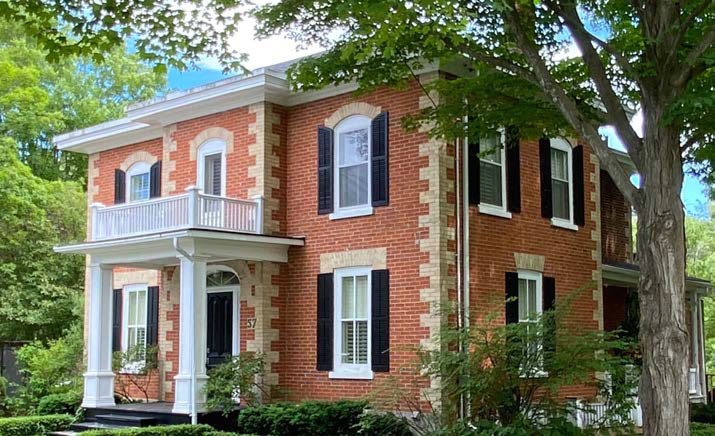 Formal and solid, this large two-storey house exhibits elements
of the Classical Revival and Georgian styles with a square portico
supporting a balcony on the front façade, striking yellow brick
quoins, and a hip roof. Built between 1867 and 1883, a full
verandah once extended across the front with smaller verandahs on
the east and west sides. The entrance features an elliptical fanlight
and arch-topped sidelights.
This symmetrical, red brick home was the Presbyterian manse until
1965. One of the first ministers, the Rev. William Johnston, resided
here with his family from 1894 to 1914, followed by Dr. Lee, 1915-
1921. The last minister to live in the manse was the Rev. Gerald
Graham, 1959-1965.

Your ticket for: Former Presbyterian Manse